As you quickly grab an on the run coffee during a stop off to the office, or as you sit tapping away at your keyboard once at work, you’ve no doubt hit up your usual social media streams to be confronted with bods that are either work shy; have engineered their lives to revolve around the ocean or have pulled a sickie. Seeing the forecast chart during the weekend you groaned inwardly full well knowing that new pulse of offshore swell was due to arrive slap bang in the middle of your working week. Now, as you sit reading the comments from those who are/have scoring/scored you get a hot flush. Why oh why could this not have hit when you had the opportunity?

Scrolling through status updates and language such as ‘epic’, ‘amazing’, ‘all time’ and everything else in between start to burn at you like a plague. But stop…

Whilst there will almost certainly have been ‘conditions’ during this period you have to wonder/question whether the offerings were in fact ‘the best thing since sliced bread’. Reading from social media has to be taken with a pinch of salt. You have to take into consideration perspective. Whilst some may indeed have had the best time ever consider their skill and what level they’re at. Also keep in mind the ‘my life is awesome’ promo that regularly clogs up social media feeds when the truth couldn’t be more different. 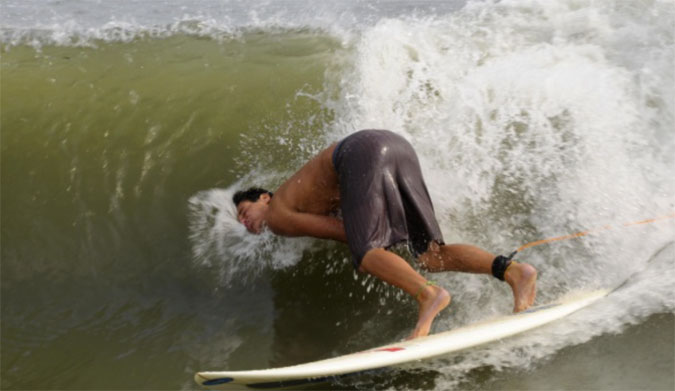 For instance if surfer A is generally a fair weather rider who loves a 2ft glider then winter thumps of 3-4ft with sunshine are, of course, going to be epic (for them). If your own threshold is reflective of bigger waves then for you a session in similar surf may be interpreted as ‘fun’. Also consider that other factors will affect how things are on the water. For instance was the wind out of the correct quadrant and holding the wave up perfectly? Was the tide at optimum? Did the hordes head elsewhere leaving surfer A with empty peaks all for the taking? Was the weather mild and pleasant? There a whole load of factors that come into play which make surfing idyllic for one yet average for another. The point is: don’t believe all you read and hear and don’t fall into thinking the grass is greener. Your time will come again and when it does embrace. Just don’t follow up with smug social media blurb designed to rub salt into the wounds of surfers who couldn’t make it. 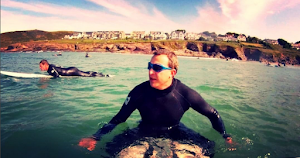