PLEASE NOTE our online business is trading as usual but our Cornwall showroom is not currently open because of Covid lockdown.
Dismiss

You may have seen vids and images of Kai Lenny splashed across social media flying above the water on his hydrofoil and surfboard? If not Google it and have a watch. Lenny (who needs no introduction) has successfully mastered the art – one of a number of Maui watermen and women – and now regularly makes sojourns across the Maliko Gulch (infamous Maui downwind run) aboard his uber short foil board.

But it’s not just Kai and crew getting in on the act. 2017 is the year that foiling really bit home, especially within windsurfing and SUP circles. Kitesurfers have a few more years on their water going siblings, having adopted it earlier, but foils and foiling are on the lips of many a salty seadog.

And what of surfing? Are we likely to see an influx here? And more importantly are lineups suddenly going to be rammed with hover boarders all vying for the same waves?

At the moment the cost of owning a high performance hydrofoil (and foil ready board) is prohibitive for many. That said technologies, manufacturing techniques, materials, accessibility and ultimately prices are moving forwards and the discipline is opening up.

Rewind back to the 90s: Hamilton (Laird), Kalama (Dave) and crew were foiling long before it was even a twinkle in many a mind’s eye. But for most it was passed off as faddy. Enter Kai and the new school of Hawaiian water babies (Zane Schweitzer, Connor Baxter) who excel at all ocean sports and the spark was re-ignited. 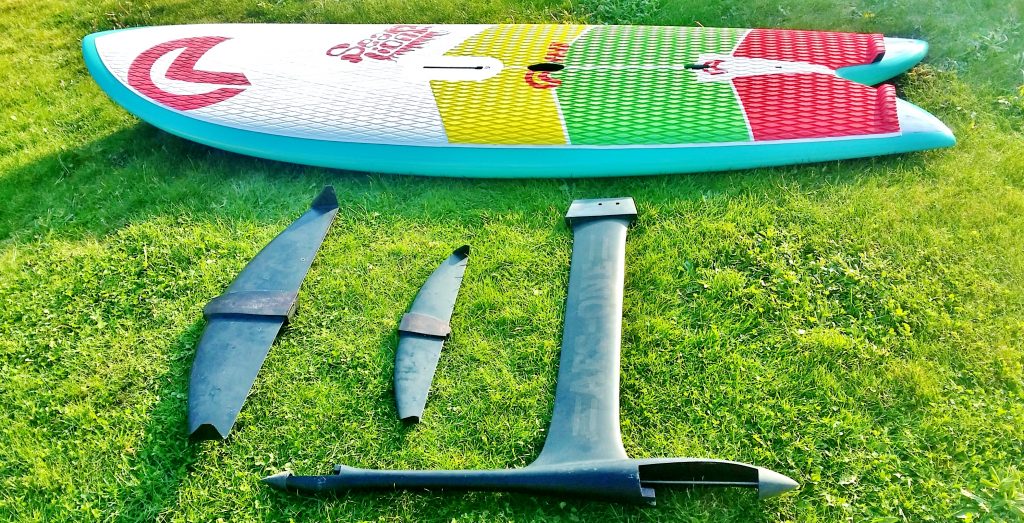 The industry rallied and before long many of the major watersports brands were working on foil development programmes along with a few bespoke companies also producing kit. But as we say, currently, price remains a factor.

As much as foils cost the learning process can also be off putting. As a foiling newbie you’re literally back at the start with plenty of crashing. This means – especially in wave environments – your spot will need to be chosen correctly. Having a marauding hydrofoil galloping through a busy lineup isn’t great. In fact it’s downright dangerous. 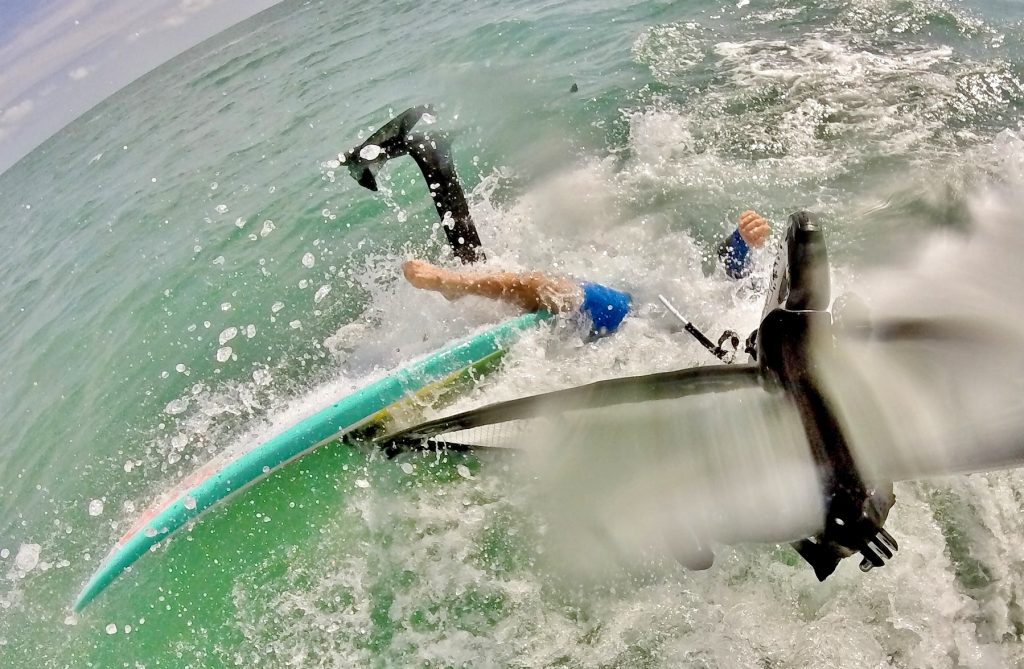 In reality though there shouldn’t be any need for foiling at premier surfing beaches. Foiling gives access to less than ideal surfing waves and opens up a whole new real estate of once thought unsurfable spots.

And what about foiling for surfers? Windsurfers, kiters and SUPers all have a form of propulsion to get them up and flying early. Surfers don’t have this luxury, instead having to rely on arm strength. Surf foiling is possible and equipment is available but the technical difficulties and hassle may mean we don’t see riders taking it up. Some may take the plunge and get involved but we can’t see it, at this point, being super popular. We may be proved wrong here.

Foiling growth within the other sports mentioned, however, may increase. In particular it’s stand up paddle board foiling that may be the most alarming to surfers. But as we said, anyone SUP foiling should be of a high enough skill level to appreciate the limitations and issues that would be caused at packed breaks. If a stand up paddler isn’t already a proficient SU surfer then it’d be highly ill advised getting stuck into foiling. With this in mind we’d think anyone practising SUP foiling would head elsewhere.

It’s certainly an area of interest for us here at NCW. On one hand foiling is an exciting prospect and opens up those rubbish condition arenas for high performance riding – across all forms of foiling. Yet we appreciate certain aspects – foiling in waves – will need to be handled with care. Stay tuned on this one…


Bags… We sell bags. Bags for all scenarios. Bags

#springiscoming can't you just smell it? And that

The boom room! We're not just about #watersports a

The things you find not too far from home… #kern

Justin Carr
Super fast dispatch and quality product. I will certainly but from here again and I would recommend them too.

Mike Wright
Great customer service from a family run business. Purchases arrived in good time and order. Bought 2 sizes as I was in between. Larger one fits like a glove. Decided to give the smaller one to my son as an extra Xmas present.

Robert Clyde
Very quick and reliable service, product 100% as described. Many thanks

Pamela Bennett
Amazing Company, giving amazing service. Second to none. They are extremely knowledgeable and helpful. Always available on the phone, nothing seems to be too much trouble.
Wish there were more companies with this positive attitude. I am new to cold water swimming this year( a swimming grannie) North Coast products are making this the best experience, look forward to visiting in person in the future

Claire Hester
Great service. Would highly recommend. They enabled me to water ski throughout the Winter !

John P
Recently bought a pair of the 5mm surfboots and the 1.5mm hooded thermal rash vest. I am really impressed. Went for a surf this morning in the north sea, onshore wind, 9 degree water, and now my 5/3 wetsuit feels like it’s going to last me the Winter no problems!
The boots fit really well, and you can get a good seal because they have an ankle strap and a top strap- the rash vest hood is much comfier to wear than a separate hood, and because it’s attached to the vest it means the neck can be a bit more generously cut, which helps with that weird negative pressure sensation you sometimes get when you get dunked in a really tight hood.
I would 100% order from here again- great stuff, at a really fair price point. Thanks guys!